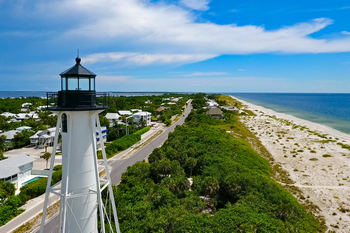 And, if you haven't already, be sure to register for a free account so that you can receive email alerts whenever new Boca Grande / Gasparilla Island Real Estate listings come on the market.

What you need to know about Boca Grande Florida 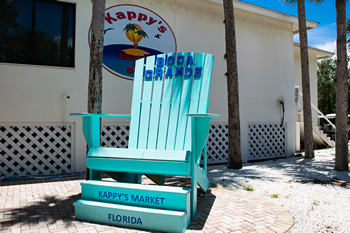 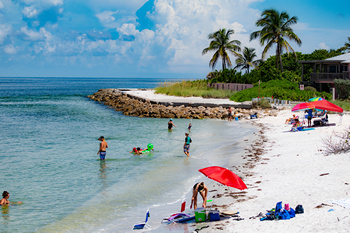 The Gulf beaches, in general, are very much like Boca Grande Beach but the latter is less crowded bordering to plain deserted most of the time. To access Gasparilla Island you either need to pay to cross the only bridge to the island or come by boat. That takes the weekend crowd out of the equation. Similar waterfront settings can be found on Casey Key and Siesta Key with the first at a higher property price on average and the latter considerably lower.

Boca Grande is known as a wealthy winter resort and with only 25% of the homes homesteaded it is no wonder that many businesses are closed down during the summer months where the island is unusually empty. On this island, you will see more golf carts driving around than anywhere else in this neck of the woods. In the middle of the Island, you will find the old Boca Grande Lighthouse that still stands like an icon for what Gasparilla Island is all about. As water surrounds the island and with the Gulf Of Mexico on one side and Charlotte Harbor on the other key points such as Boca Grande Marina and Port Boca Grande become important places for any interested in fishing where especially tarpon fishing is a very popular activity. 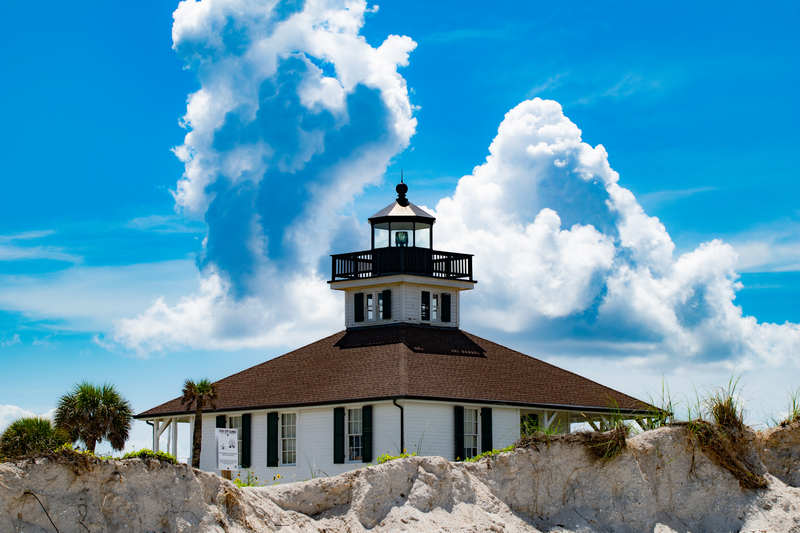 Your Boca Grande Real Estate search deserve enough time so you probably like to stay for a few days or perhaps a month. There are several very comfortable places to do just that with Gasparilla Inn & Club placed in the heart of town. This is a top-rated establishment and simply adorable old charm architecture that takes you back in time to a more relaxed friendly and enjoyable place.

The Boca Grande Resort Hotel is another great option along The Inlet, The Palmetto Inn, Anchor Inn, Boca Grande Club, Boca Vista Harbor, Dunes of Boca and The Eagle In at the Boca Grande Marina.

With only about 1200 properties on the island, you will not find a huge offering of homes for sale. As of the writing August 2019, there are only about 40 properties for sale. The island also has perhaps some of the largest homes in the area with many above 10,000 square foot of living area. The old Boca Grande architecture follows the Mediterranean Revival style of construction.

If you are looking for Florida Million Dollar properties then you are in the right spot. The average list price is close to $2.3 Million and an average square footage price just shy of $1,000 that place Boca Grande among the most expensive places in Florida. Less than 100 real estate transactions took place over the last 12 months.

The average time to sell a property (over the last 12 months) has been about 3 months. 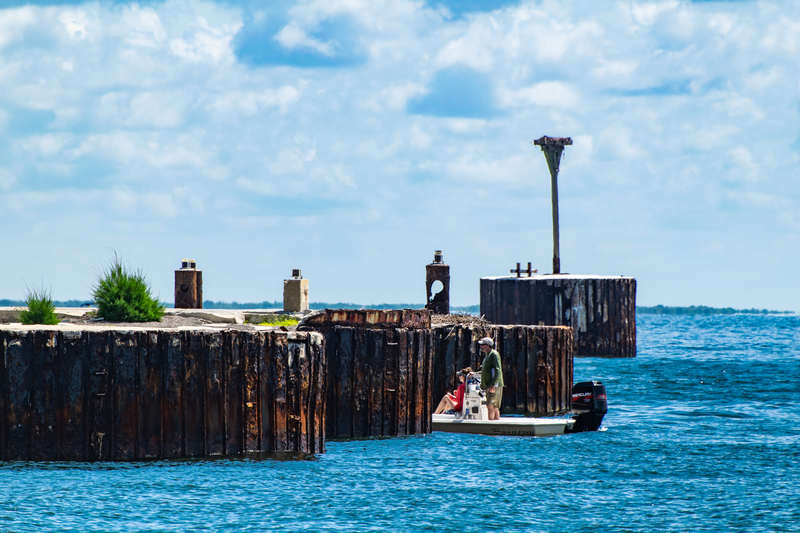 The Old Dock from the Phosphate Days at Boca Grande Pass

You can look forward to an endless stream of temptations when it's time for a well-deserved break. The Island has a long list of some of the best restaurants. Here are just a few but not all that comes to mind; Loose Caboose Restaurant, The Pink Elephant, South Beach Bar & Grille, Eagle's Nest, The Gasparilla Inn Main Dining Room, and Scarpa's Coastal Restaurant. 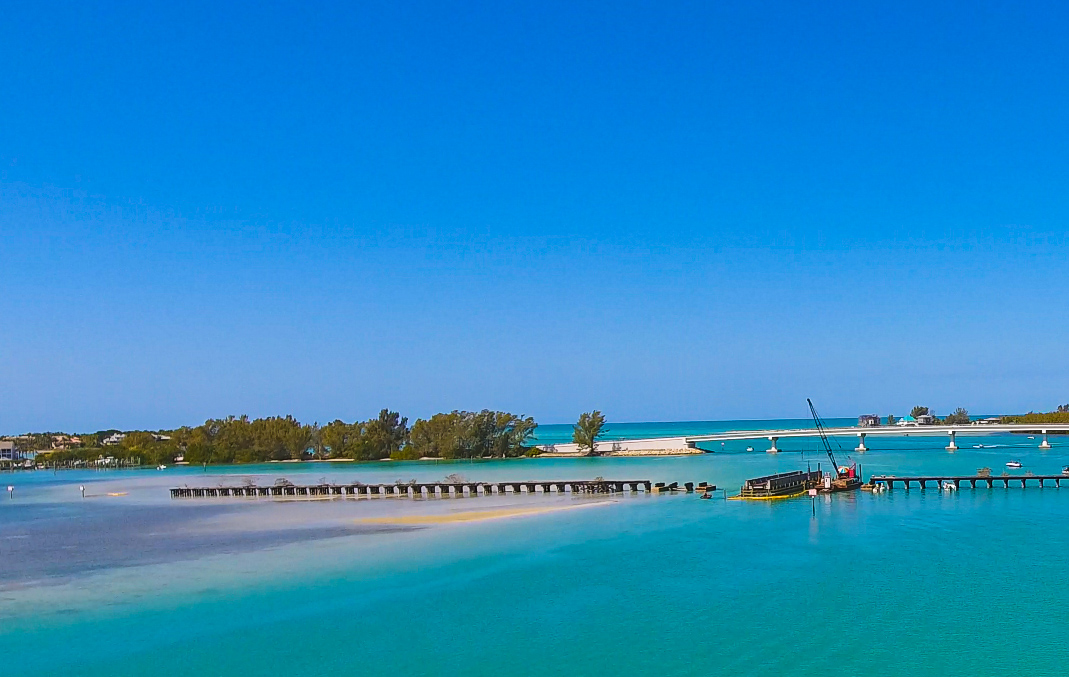 For the reader interested in history Boca Grande certainly has many interesting things to be told about. The reminiscence of the old railroad finished in 1907 is still there although several bits and pieces are missing. For boaters, the old railroad bridge is next to one of the very popular weekend spots with shallow clean water. The railroad bridge was created to transport phosphate from Boca Grande in a more efficient manner instead of using barges as was done initially from the early 1880'ties. 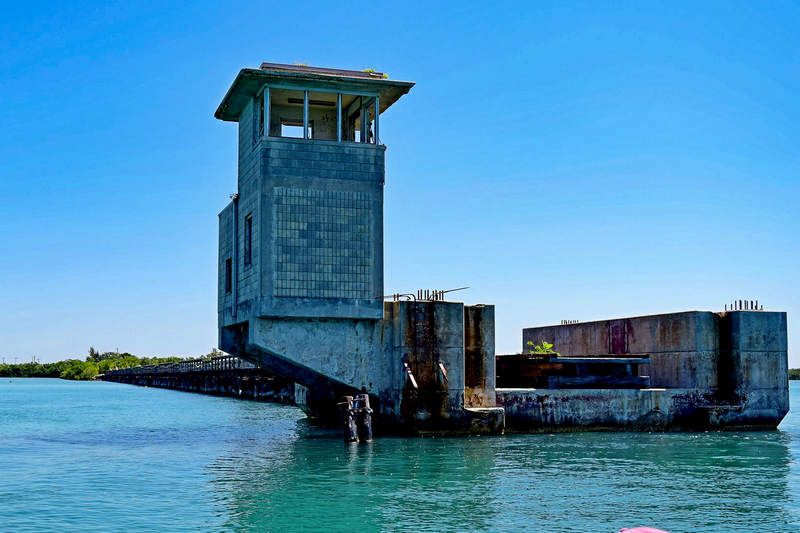 Your HomeMaxi Real Estate Advisor stand ready to list and sell your home in Boca Grande with Marketing and Presentation created to deliver Top Results. We have the means and reach to penetrate wider and deeper worldwide reaching the right buyer faster.

Looking for the perfect vacation home? You can have HomeMaxi on your side and discover how we go deeper into every transaction making sure all areas are vetted and all corners of the negotiations have been explored so you can appreciate the knowledge of having achieved the best possible deal. 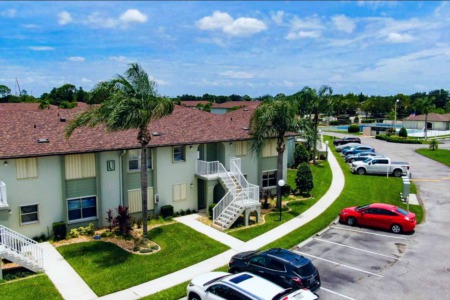 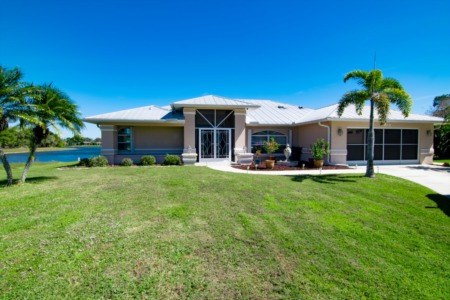